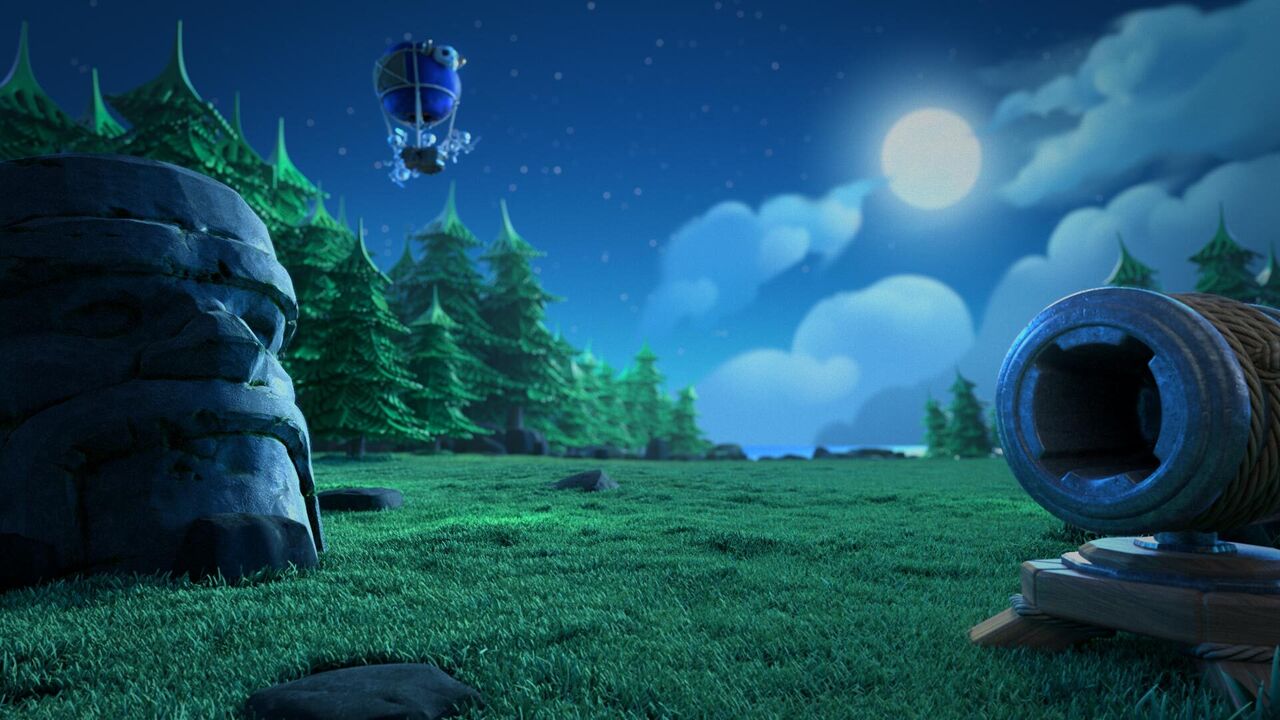 Recently, in my clan, we have started a discussion about donations. One Elder believes that some folks are taking advantage by taking significantly more than they give. He proposed a Minimum Number of Donations (like 100 a week or so). Another Elder has argued that we should let peer pressure and norms of reciprocity work on these folks. I have mixed feelings. While I think it is good to let our members know what is expected of them, I am concerned that bright line rules often lead to legalistic questions (why not 99?) and end up in absurd or ineffective rules. I've posted this question with the hope that this marketplace of ideas can help our clan makes the wiesest choice. Thanks for your thoughts. DC   RW

Players cannot expect to get units better than Giants EVERY single time. And seriously, Giants are good.

People who "don't want Giants" clearly don't know what they are doing if they can't cruise through this game with nicely upgraded Giants waiting for them every attack. I have been dominating all the way up to Level 8, and I will continue that trend. YOU win battles, NOT your Clan Castle. But like I said, if I need something for a planned battle (like for Revenges), or for Defense, then great, I might ask for a dragon or whatever, if I NEED it.

If you expect and need All-Star units for every single attack, then well, you are probably a spoiled newb.

And the ratio is not wrong. One Giant (worth 5) is superior to 5 archers. There is a reason why each Giant takes 2 minutes to build and thousands more elixir. Donating archers, barbs, and goblins is week. Those are small units you make yourself that take hardly any time to create.

Sigh, Jdsr4c. I'm not personally attacking either you or your logic, so I would appreciate it if you would offer me the same courtesy. Resorting to hyperbole and namecalling doesn't help you make your arguments; it just makes you argumentative.

I didn't mean giants specifically as 'crap'; I was more referring to just dumping your cheapest and most plentiful troop regardless of what people were asking for. But since you brought it up (and as Llor points out), I'm surprised that you haven't run into more people who don't like giants in their clan castle. In every clan I've been in I see a quite a few complaints about them (and now that we can request specific troops, I see a lof of "no giants or goblins"). Whether that's because they don't fit their attacking style, or don't want them because they plan on using them for defense, I don't know. I agree they are better than an empty clan castle, but unless you've waited until their timer is nearly done, you've prevented someone else from donating a troop they might really want. Of course, some people really do like them, so donate away to those folks.

And I also disagree with goblins and archers and barbarians being weaker than giants. Individually, of course they are, but the point of the Tier 1 troops is they take up so little space. And yes, a giant takes 3,000 elixir and 2 minutes to train. But five archers takes 1,500 elixir, and 2 minutes and 5 seconds to train. Per housing space, giants actually take less time to train than anything other than barbarians.

I didn't mean to offend any newbs with my harsh namecalling.

I am surprised at that as well. People do request archers and I have no problem giving them, but when Giants are flowing between the top half of our clan members, we are extremelly productive, so I assumed that it was pretty standard. It is certainly more simplistic and efficient being able to completely fill someone's Castle quickly with beef.

Taking all units into account, the ratio should be more like 1:4 then. That way, a Clan Castle 3 (20 housing spaces) can donate 5 archers for everyone full Clan Castle (whether is be 4 Giants or not). Still low in my opinion. But if you are looking for mathematical reasoning besides just guestimating your own averages, that would probably be it.

Any member with a Clan Castle higher than 3 would have to be pathetic or selfish to consistantly have below a simple 1:4 troop donation.

Another important note: The clan donation numbers need to be reset every few weeks or so. Maybe even by month or a little more.

One last thing. When Level 4 5 and 6 Giants are donated to inferior Town Halls, they absolutely dominate. I guess not everyone can figure that out. Guys at the bottom with 2 and 3 star units should be greatful for anything significantly higher than what they can build and should not be picky.

I definitely agree with you on several points. When I was lucky enough to receive high-level giants at TH5 (which didn't happen often, I was in a pretty small clan back then) they were pretty devastating. High level troops of any kind can be very useful at lower Town Hall levels.

I could also not agree more regarding the reset. Better yet, I would prefer a rolling total (e.g. the previous two weeks) so it never actually resets at all.

And finally, I could go for a 1:4 donation ratio, as I agree, that should be relatively easy to maintain. In fact, I never had a real problem with the 1:2 ratio. It's really all about what works for the clan. If you've been successful with the 1:2 ratio, I see no reason to change it. The key is being consistent and enforcing it fairly.

Indeed. If it's working, it's working. 1:4 is very reasonable, but I guess when we see someone who is consistantly below 1:2, mentioning something about increasing donations isn't out of line. I will keep in mind that 1:4 is more along the line when you should start worrying that someone is thinking about themselves more than the clan (of course this would be more of a factor if the person is TH7 and above and less if they are weak).

Maybe any TH<TH7 1:4 should be minimum and any TH>TH7 1:2 (or 1:3 to be generous) should be minimum. TH 7 really is the turning point of the game, and IMO, the most resourcesful and prosperous TH Level. Everyone should be sure to upgrade all defense and units here. You are able to max out your resources, and take advantage of the looting ratio, which is fantastic. When my strong TH7 attacks weaker TH7-TH10's, the payout is great!

One more thing I would like to interject: Not everyone uses Castle Troops the same way. Even the same player uses them differently at different times. I love a dragon when I'm getting ready to retire for the evening. A castle full or Giants or Barbs don't help when you're being attacked by airborne troops, but I love to have some high level giants to help out as a meat shield when I'm using my Castle Troops in an offensive capacity. I would also note that some players use their castle troops on every attack and this can really skew their ratio's. Some rarely use castle troops to attack (like me, for instance). Point is: different playing styles can make a huge difference in a players ratios.

I left and started a new clan primarily because the leader never had a positive donation ratio. You will always get some who donate a lot so logic dictates that there will always be others who have a negative ratio. I encourage people to at least keep up with 1:2, especially the higher level people. Hard rules will always lead to conflict though...