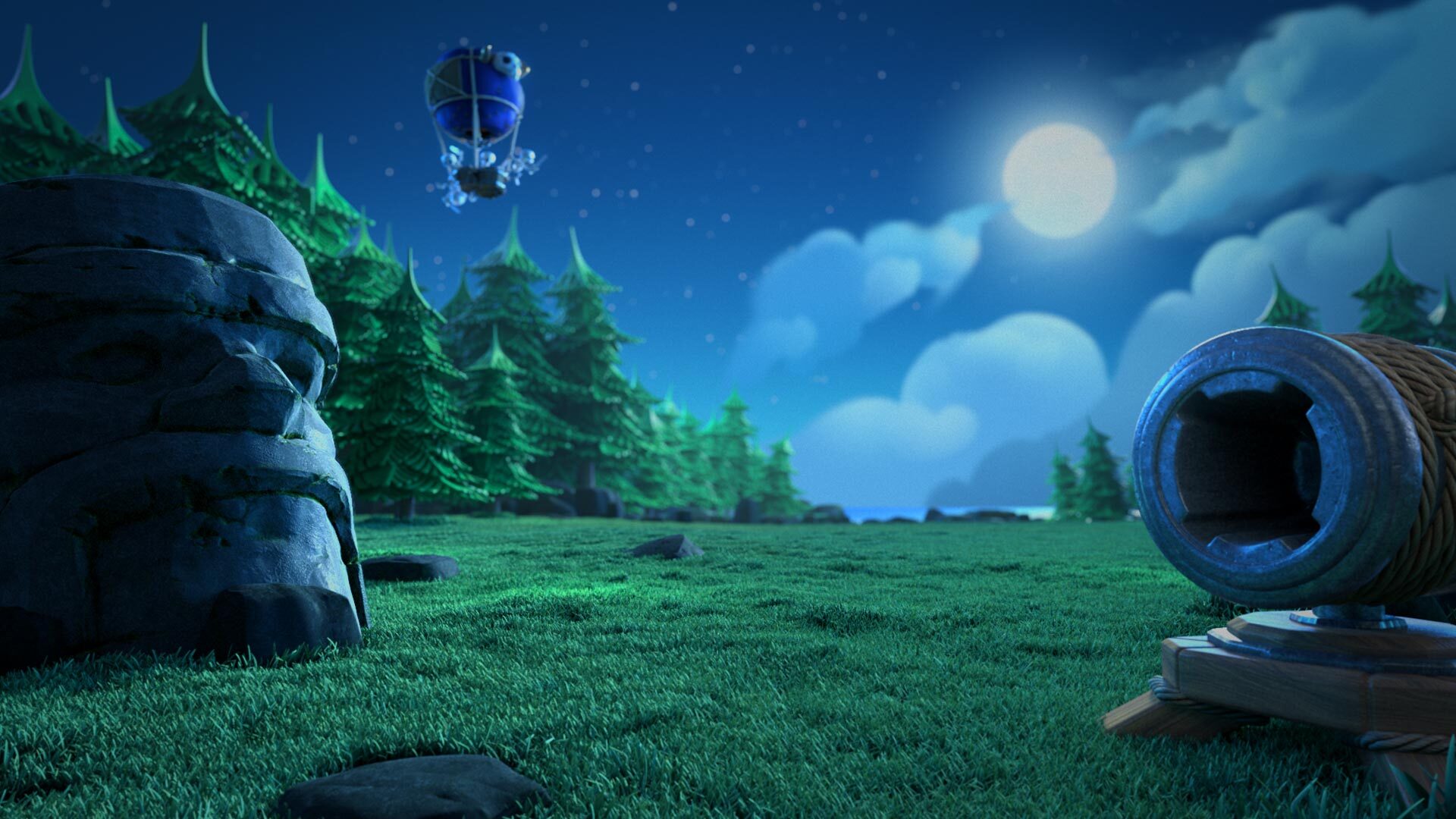 So, everyone here should know what the real goblin king looks like, right? The one that you see at the start thats like 'garrrr! We goblins love gold!' That is what he should look like.

Level 1-9 as he is normally, except for a wooden club with metal spikes coming out of it. Level 10-19 he gains a gem in his belly instead of a what is already there, he also gains a black helmet. Level 20+ he gains a dark metal club, (black) and he also gets a.... Whatever anyone thinks, what should he get at lvl 20???

Thanks for the responses on my post, I have added some more details to my goblin hero idea and have some other ideas on a wallbreaker-like and a flying healer hero, but I can't edit my post and I can't start a new discussion. Still very new here.

@epic The reason I underpowered mine is that you can fairly attack with all three heroes, even though the Dragon Lord counts as an extra dragon in your army (technicially.)

(edited by The super robloxian)
0

Just a suggestion. I really love the idea that you must first in the goblin campaing to get the goblin king. I hope they add a final level called the Gobline Palace, filled with storages and a fully upgraded goblin king. Once you beat the Goblin King, he becomes yours (assumign you bribe him with Dark Exlir, Gold, and Regular Exlir).

In gameplay, I want to suggest that he becomes a super goblin, much like the other heros. My idea is that he starts fast, is able to jump over walls, and targets collectors at first. However, on the flip side, the more he collects, the slower he gets, and eventually, after a good amount of loot, he can no longer jump over walls.

As for his speacial abilites, I guess he grants the ability to jump over walls to nearby goblins and...I guess speed? He of course, summons goblins

I wish to keep this the Goblin King, because that just sounds natural. Almost every fantasy book has the leader of the goblins called the Goblin King. Thxs for reading this.

Edit: I just realized that someone else proposed the idea of jumping over walls. To those opposing the idea though, most people mot storages deep within their bases, defended by a ton of defenses. So its not too op.

(edited by Bobw123)
0
I think the Goblin Emperor sounds better.
(edited by ClasherGirl)
0

How about Renegade, since he deserted the goblins?

(edited by BaconMan1234)
0
BaconMan1234 wrote:
How about Renegade, since he deserted the goblins?

But that would mean every goblin is a renegade. So King of the Goblin deserts?

no make him called goblin chief :)

Works. I like it, second only to king. Maybe chief is for the one you get and the "Goblin King's palace" will be the level I think the level should have a ton of spring traps and airbombs (since only goblins are fast enough to get pass them and a lot of full storages surrounding the Goblin King's Golden Chair with studs made of extlir orbs and a staff of dark extlir. The Goblin Chief will also have a similar chair

How about a Goblin Elite instead? He could have double the speed of reg goblins?