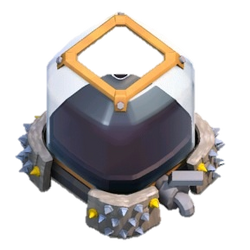 "The power of Dark Elixir could not be contained in a regularly shaped Elixir vat. As it's three times as powerful, we had to invent a cubical form of storage!"