For a similar Builder Base Troop, see Raged Barbarian. 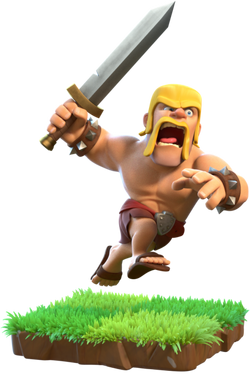 "This fearless warrior relies on his bulging muscles and striking mustache to wreak havoc in enemy villages. Release a horde of Barbarians and enjoy the mayhem!"

Retrieved from "https://clashofclans.fandom.com/wiki/Barbarian?oldid=573846"
Community content is available under CC-BY-SA unless otherwise noted.