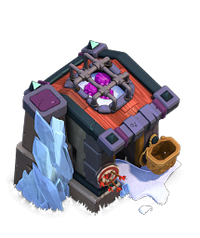 "The Barracks allow you to train troops to attack your enemies. Upgrade the Barracks to unlock advanced units that can win epic battles."

Input Gold Pass boosts to modify the statistics in the tables below accordingly
Retrieved from "https://clashofclans.fandom.com/wiki/Barracks?oldid=573556"
Community content is available under CC-BY-SA unless otherwise noted.