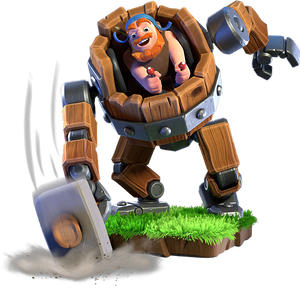 "The Master Builder's prize invention smashes enemy buildings to bits. What better way is there to show who's the best builder around? Unlock the Electric Hammer ability to give opponents a real pounding!"

Retrieved from "https://clashofclans.fandom.com/wiki/Battle_Machine?oldid=570122"
Community content is available under CC-BY-SA unless otherwise noted.