For its Home Village counterpart, see Minion.
For the Super Troop with a similar ability, see Super Minion. 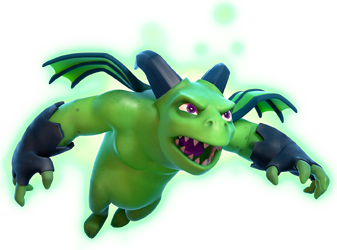 "Attacks targets from a distance, glows in the dark, and is a maniac on the dance floor."
Gold Pass modifiers

Input Gold Pass boost to modify the statistics in the tables below accordingly
Retrieved from "https://clashofclans.fandom.com/wiki/Beta_Minion?oldid=576514"
Community content is available under CC-BY-SA unless otherwise noted.