"Earn Clan XP and level up your clan to unlock powerful perks! Clan XP is earned by competing in Clan Wars."
1/2

How To Earn It

Note: If a Clan decides to fight a maxed 5 vs 5 war, the Clan will have 145 XP possible. The photo above showing a 35 vs 35 war in the former XP rule has 200 XP possible. Since the XP earned by scoring certain amounts of stars and winning the war are independent of size, wars of larger size generally offer more Clan XP per war. Because of this, if your Clan seeks to level up as quickly as possible, you should fight 50 vs 50 maxed wars for maximum XP gain (which can gain a maximum of 685 XP for each war won).

This chart shows the maximum Clan XP available from a base of each Town Hall level during Clan Wars, earned in full when at least one star is earned on that base. These values are typically achieved only when the base in question is fully maxed for a Town Hall level (this does not generally apply to TH6 and lower, however). For instance, while a fully maxed TH9 would be worth 5 Clan XP, other TH9s that are not fully maxed (even if the only thing left that is not yet maxed is 1 hero level) would usually be worth 4 Clan XP.

Note: This chart assumes that all the enemy bases are maxed. XP is based on Town Hall level and defense level in matchmaking.

Clan XP Chart (Level 21 and beyond)

What Are Clan Perks 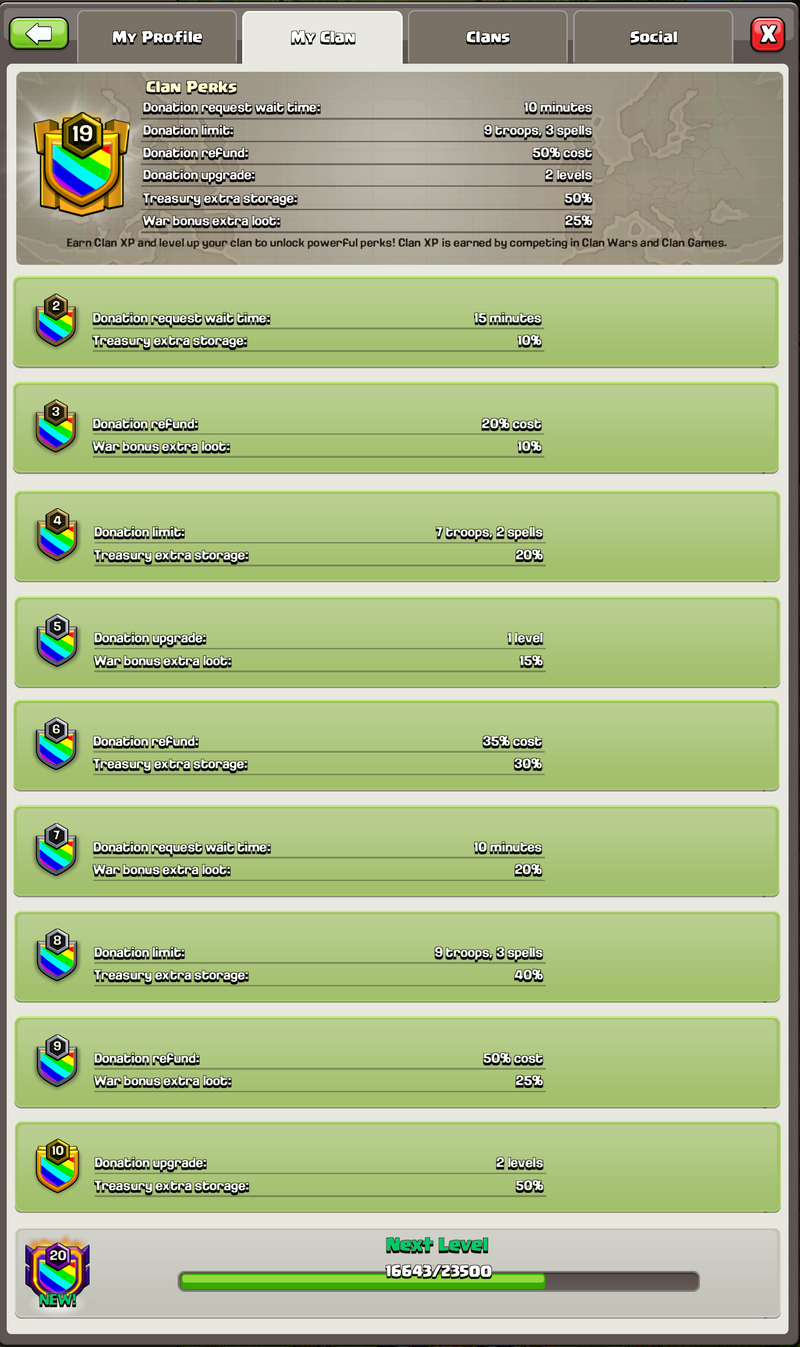 How They Can Be Used