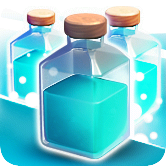 "Turn this Spell into a pop-up army!
Clone Spells create a circle of spawning that creates limited-lifetime copies of troops that enter it. It will only spawn up to a maximum housing space of troops."

Retrieved from "https://clashofclans.fandom.com/wiki/Clone_Spell?oldid=576420"
Community content is available under CC-BY-SA unless otherwise noted.