For the Builder Base building with the same name, see Elixir Storage/Builder Base. 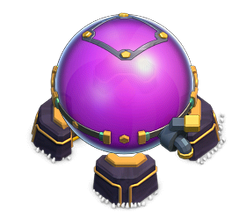 "These storages contain the elixir pumped from underground. Upgrade them to increase the maximum amount of elixir you can store."

Retrieved from "https://clashofclans.fandom.com/wiki/Elixir_Storage/Home_Village?oldid=576457"
Community content is available under CC-BY-SA unless otherwise noted.