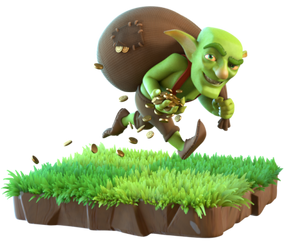 "These pesky little creatures only have eyes for one thing: LOOT! They are faster than a Spring Trap, and their hunger for resources is limitless." 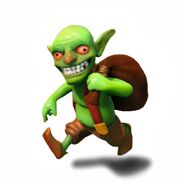 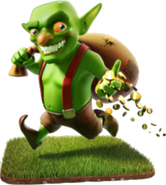 He's coming to steal your loot! 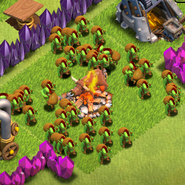 Goblin but normal
Add a photo to this gallery

Retrieved from "https://clashofclans.fandom.com/wiki/Goblin?oldid=576358"
Community content is available under CC-BY-SA unless otherwise noted.