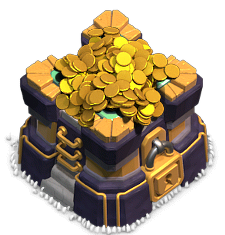 "All your precious gold is stored here. Don't let sneaky goblins anywhere near! Upgrade the storage to increase its capacity and durability against attack."