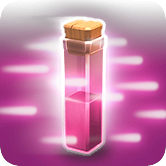 "Put some hustle in even your heaviest units!
Haste Spells lack the damage boost of Rage Spells, but provide an even better boost to movement speed. A lower storage space also allows you to take more of them into battle!"

Retrieved from "https://clashofclans.fandom.com/wiki/Haste_Spell?oldid=563316"
Community content is available under CC-BY-SA unless otherwise noted.