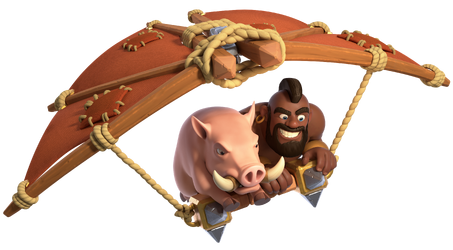 "The real riders in the sky. They have a good track record in getting over walls, but are not very good at avoiding crashes."
Gold Pass modifiers

Retrieved from "https://clashofclans.fandom.com/wiki/Hog_Glider?oldid=570110"
Community content is available under CC-BY-SA unless otherwise noted.