watch 02:04
Clash of Clans Profile: Hog Rider
Do you like this video?
Play Sound

For a similar Builder Base Troop, see Hog Glider. 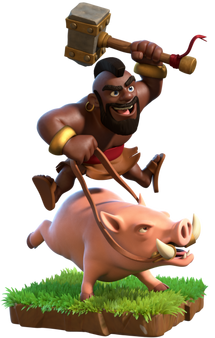 "Having tamed the fierce leaping hog, the Hog Rider punishes those who hide behind their puny walls! Fueled by Dark Elixir, these warriors have never known defeat!"

Retrieved from "https://clashofclans.fandom.com/wiki/Hog_Rider?oldid=576371"
Community content is available under CC-BY-SA unless otherwise noted.