For the base version, see Lava Hound. 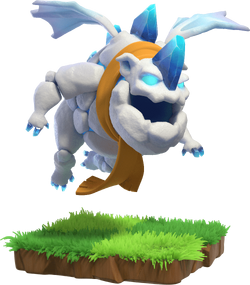 "Free from all the lava-induced indigestion, the Ice Hound is ready to freeze the flow of battle. Chill out, or else."

Retrieved from "https://clashofclans.fandom.com/wiki/Ice_Hound?oldid=576394"
Community content is available under CC-BY-SA unless otherwise noted.