For the base version, see Baby Dragon. 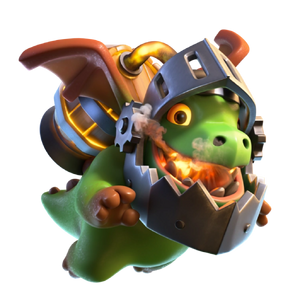 "Not getting upset over being alone anymore, the Inferno Dragon has learned to focus its rage into a very powerful beam that builds up over time!"

Retrieved from "https://clashofclans.fandom.com/wiki/Inferno_Dragon?oldid=575817"
Community content is available under CC-BY-SA unless otherwise noted.