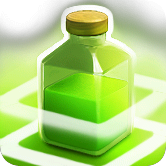 "Walls slowing you down? Try making a shortcut!
Cast this spell near enemy walls to create a route straight over them. Your troops will jump over affected wall pieces as if they weren't even there!"

Retrieved from "https://clashofclans.fandom.com/wiki/Jump_Spell?oldid=576418"
Community content is available under CC-BY-SA unless otherwise noted.