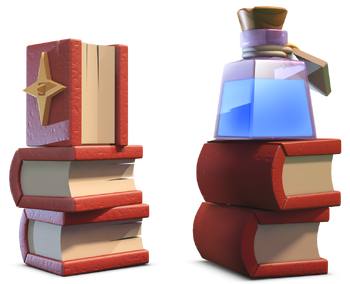 "Magic items have wonderful powers ranging from helping you with upgrades to boosting various things in your village and army."

Retrieved from "https://clashofclans.fandom.com/wiki/Magic_Items?oldid=574350"
Community content is available under CC-BY-SA unless otherwise noted.