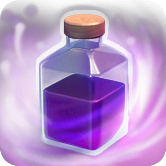 "Enrage your units to make them bigger, faster and stronger!
Cast this to create a Ring of Rage! Your units will gain speed and attack power while they are inside this ring."

Retrieved from "https://clashofclans.fandom.com/wiki/Rage_Spell?oldid=576417"
Community content is available under CC-BY-SA unless otherwise noted.