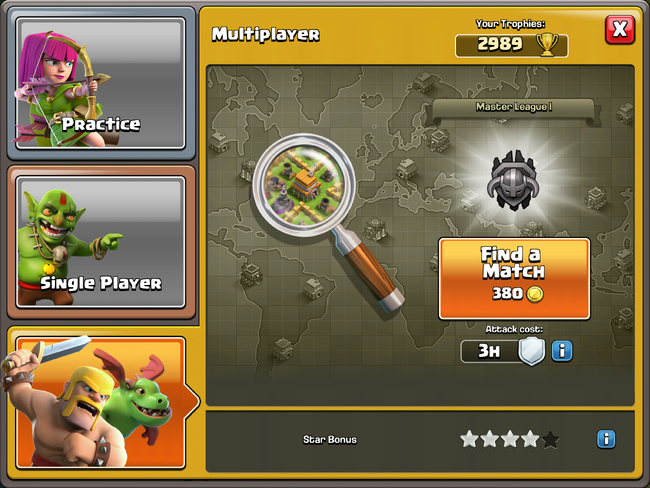 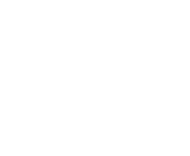 There are many reasons why a player might raid you. One goal is to steal resources. Another is to gain trophies to either top up their trophy balance or get promoted to the next league. One final reason is to simply have something to do while waiting for an upgrade.

When the opposing player's village first appears, you get 30 seconds during which you can scout the enemy's defenses and plan your attack. Although you can deploy troops during this time, the battle will start immediately upon doing so (you do not get extra time by starting early). When viewing another player's village to raid, loot and Trophies that can be earned/lost are shown on the left side of the screen. Before the battle has started, if the village you are first paired up with is not to your liking you can press the 'Next' button to pay a small amount of gold (depending on your Town Hall level) and be shown another village to potentially raid.

The 'Next' button disappears once the battle timer has started, but if you haven't actually deployed troops or cast a spell before the timer has ended, you can tap 'End Battle' to return to your own village without penalty.

Once you have deployed a troop or cast a spell (even accidentally), the 'End Battle' button is replaced by the 'Surrender' button; pressing that and confirming your surrender will cause you to immediately lose the battle and lose Trophies. This can be done intentionally; it is actually a strategy used by players wanting to drop their trophies to possibly farm resources, to defend bases easily, or for other reasons. They will usually drop a hero, if they have one, and 'Surrender' immediately after.

Once you have earned at least 1 star, the 'Surrender' button will change to become the 'End Battle' button, you can click it to end the battle early even before the 3 minutes are up. A good reason to use this is to save your Heroes before they lose too much health so you can use them again sooner than if you let their health reach 0.

A star is earned for destroying 50% of buildings (see the section Victory and Defeat below), but the calculation described above effectively allows a player to earn the star by destroying just under half (i.e. more than 49%) of the buildings in some cases. More technically, if a village has n buildings, where n is an odd number greater than 50, destroying (n-1)/2 buildings will be sufficient to score 50%.

In general the higher your Trophy count, the more difficult opponents you will encounter; both those you are matched with to attack as well as those attacking your village. Because of this, many higher-level players keep an artificially low trophy count by intentionally losing battles; in this way they can both make their villages easier to defend (as they will on average be attacked by weaker opponents) as well as ensure themselves less difficult bases to attack for resources.

Finding matches in Multiplayer Battles will cost a small amount of Gold, depending on your Town Hall level. The cost to find a match at each Town Hall level is shown in the table below.

Note that these amounts are deducted each time you start finding a match or hit the "next" button while looking for a suitable base to attack. For example, searching through 100 bases as a Town Hall 11 would cost 100,000 Gold, not 1,000.

Loot can be stolen from three types of sources: resource storages (including the Town Hall), resource collectors, and the Treasury.

Each source has mechanics governing how much loot is available from buildings of that type.

Note that the Town Hall is treated as a storage of all three resource types, however, it only gives loot upon its destruction.

This section provides a brief summary of how loot is determined in storages. Further details are explained in the Determining Loot Availability section below.

Gold and Elixir is typically divided evenly between the available storages; it is divided 3 ways for a TH3-TH7, 4 ways for a TH8 and 5 ways for a TH9 or above (this corresponds to how many storages are available at those Town Hall levels). However, division amongst the storages is often more complicated than an even split in most cases (see the Loot Distribution section for more info).

Note: This section is highly technical.

Consider a scenario where a player with 5 storages (let's assume that all the regular storages are sufficiently upgraded for simplicity) holds an arbitrary amount of Gold, say 876,266. With an even split, you'd expect there to be 175,253 gold in each storage and the one leftover gold simply goes into one of them.

However, this is not the case. Instead, what you'd get is that four storages would each have 175,254 gold and the other has only 175,250. Loot divisions like this can easily be observed in-game by simply checking the storages. This may seem somewhat arbitrary, but this very slightly uneven division can potentially have consequences on loot availability (as we'll see later).

There is a procedure that can be done to determine how loot is distributed between the storages. Suppose that there is X gold (or elixir; but we'll use gold for the procedure) in the storages. How this is divided is determined as follows:

Some examples can be viewed in these collapsible boxes:

The distribution of Dark Elixir between the Dark Elixir Storage and the Town Hall is generally simpler than the case of Gold and Elixir.

However, there are two interesting exceptions to this rule of note:

The first calculation determines the loot available in the storage through the Town Hall's percentage alone. Recall that the percentage available to be stolen is given by the following table:

*This value is found in the game files, although there is no practical use for this value as Town Hall 6 and below cannot hold Dark Elixir.

The amount available from each storage is simply the amount held in that storage multiplied by the appropriate percentage for that Town Hall level, rounded down to the lower integer if necessary.

Calculation B: Proportion of the Loot Cap

For this calculation, the loot cap is used to determine the amount of loot in a storage. The loot cap is not a hard limit; in the context of determining loot, it should be treated as a baseline. The loot cap for each Town Hall level is given in the below table:

In this calculation, the game attempts to distribute loot proportionally between the storages. Determining loot for the storage is determined as follows:

After both calculations described above have been made, the loot available from the storage is equal to the lesser of the two results.

Full, worked examples, on how this is done:

The available amount of loot from resource collectors is relatively easy to determine. At all levels, it is simply a fixed fraction of what the collector held at the time of the attack. Note that the collectors do not produce resources during the battle, and so the loot they hold is fixed at the start of the battle.

Because of higher level collectors' high storage capacity, loot from collectors can potentially make up the majority of the loot available from a base, and this is often the case with abandoned bases. However, most active players will regularly collect from these collectors, limiting the amount of loot available from them.

The percentage of Gold and Elixir that can be stolen from mines and collectors is 50% and is capped only by the storage capacity of the resource collector.

The percentage of Dark Elixir that can be stolen from drills is 75% and is capped only by the storage capacity of the drill.

Like with the loot from collectors, the loot available from the Clan Castle's Treasury is easy to determine. It is a fixed 3% of what the Treasury held at the time of the attack, and is capped only by the storage capacity of the Treasury (which is dependent on the Town Hall and Clan Perks levels).

The maximum loot available from a base arises from a combination of factors. The below table shows a breakdown of the maximum possible loot from a TH14:

Retrieved from "https://clashofclans.fandom.com/wiki/Raids?oldid=573954"
Community content is available under CC-BY-SA unless otherwise noted.