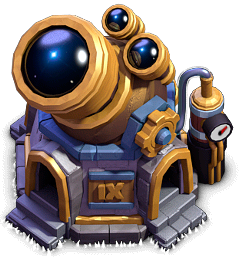 *The cost for level 1 is as shown in the Shop. It is automatically repaired and the cost paid for when the Builder Hall is upgraded to level 2.

Retrieved from "https://clashofclans.fandom.com/wiki/Star_Laboratory?oldid=576497"
Community content is available under CC-BY-SA unless otherwise noted.