For the base version, see Wall Breaker. 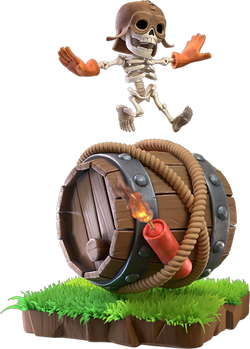 "Who knew that rolling was so much superior to running? Super Wall Breakers use pre-ignited bombs that blow up under all circumstances! No more duds!"

Retrieved from "https://clashofclans.fandom.com/wiki/Super_Wall_Breaker?oldid=575244"
Community content is available under CC-BY-SA unless otherwise noted.