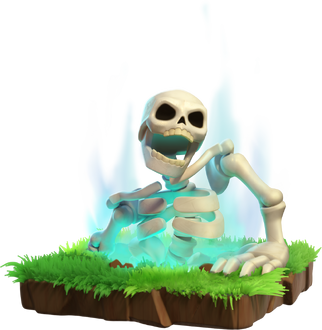 "Always around for his barrel of milk, Big Boy is undoubtedly the biggest skeleton anyone has ever seen. Don't let the looks fool you though, he's a total momma's boy."

Input values into these modifiers below to modify the statistics in the tables below accordingly
Retrieved from "https://clashofclans.fandom.com/wiki/Super_Witch/Big_Boy?oldid=565756"
Community content is available under CC-BY-SA unless otherwise noted.