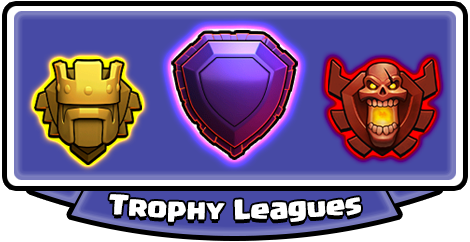 "Trophy Leagues are groups of players that are all within the same trophy range. While in a Trophy League, each multiplayer victory will award a loot bonus based on the league level."

Retrieved from "https://clashofclans.fandom.com/wiki/Trophy_Leagues?oldid=574578"
Community content is available under CC-BY-SA unless otherwise noted.